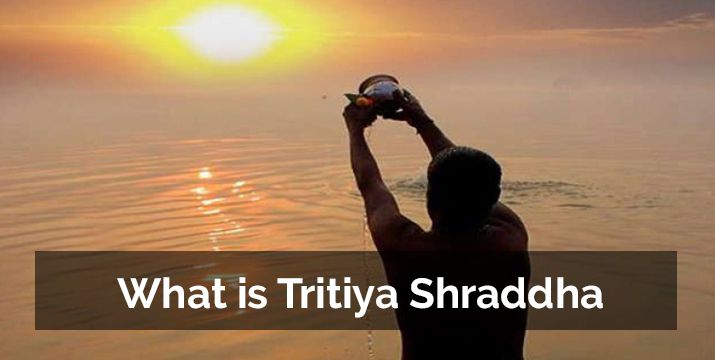 What is Tritiya Shraddha?

According to the Hindu calendar, TritiyaShraddhafalls on the vidiyatithi of Krishna Paksha of Bhadrapada month.

As per the North Indian Amavasyant Calendar, TritiyaShradh is fall in the month of Ashwin.

All we know that TritiyaShradh is the third day of the sixteen-day long MahalayaPaksha. In 2018, TritiyaShradh date is 27th September on Thursday.

TritiyaShradh is performed for those who died on the TritiyaTithi as per the Hindu calendar. Deceased may have died in either fortnight i.e. ShuklaPaksha or Krishna Paksha.

Tarpan is offered to the deceased and PindDaan is performed as the process of Shradh. On this day, it is advisable to perform Lord Vishnu Puja.

Date and Muhurat of TritiyaShradh in 2018