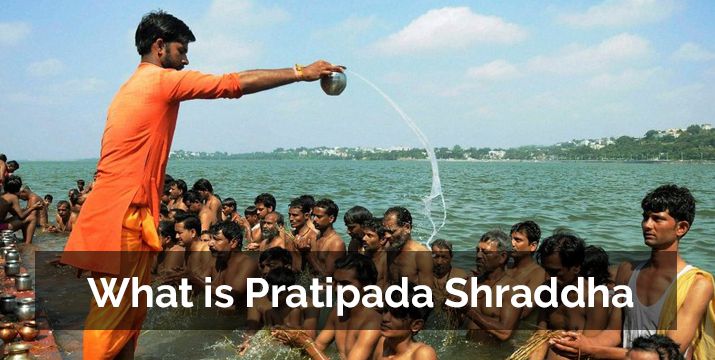 What is Pratipada Shraddha?


Shradh is one of the most important rituals in Hinduism which is observed for the dead ancestors. Shradh rituals are also known as Pitru Paksha or Kanagata.

Pind Daan and Tarpan rituals are performed to offer peace to the departed soul.

This shradh is performed for those who died on the Pratipada Tithi as per the Hindu calendar.  Deceased may have died in either fortnight i.e.Krishna Paksha or Shukla Paksha. It is said that observing Pratipada Shradh rituals brings happiness and prosperity.

Pratipada Shradh is best for those who wish to perform the last rituals of their grandparents.

According to the Hindus, Shradh rituals are performed only by Sons, not daughters. It is allowed for the son of a daughter to perform the last rites of his mother’s parents.

Pratipada day is considered to be inauspicious. It is believed that performing Shradh or last rituals of maternal grandparents gives peace to their departed soul.