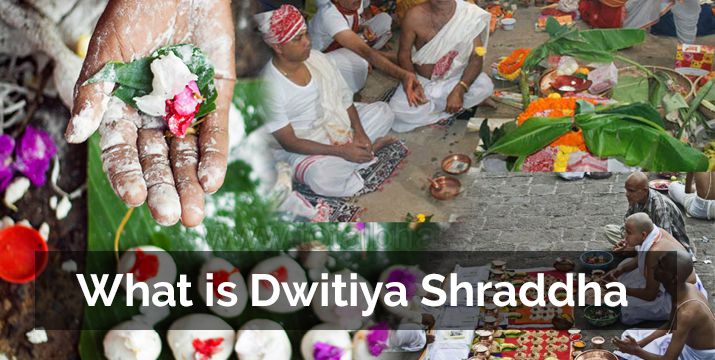 What is Dwitiya Shraddha?


Shradh is one of the most auspicious times to remember our ancestors and pray for the departed souls. According to the Hinduism, during the PitruPaksha, if you offer foods clothes and perform certain rituals for your ancestors so you will be blessed by them.

According to the Hindu calendar, DwitiyaShradh falls on the vidiyatithi of Krishna Paksha of Bhadrapada month. As per the North Indian Amavasyant Calendar, Dwitiyatithi is fall in the month of Ashwin.

Dwitiyashradh is performed for those who died on the DwitiyaTithi as per the Hindu calendar. Deceased may have died in either fortnight i.e.KrishnaPaksha or ShuklaPaksha.

It is believed that who observed this Shraddha will be blessed with a long and happy life. The whole sixteen days are considered auspicious for offering tarpan to the ancestors.

Date and Muhurat of DwitiyaShradh in 2018