When is Shardiya Navratri in 2018? Sharad Navratri Puja Muhurat and Katha | Shivology 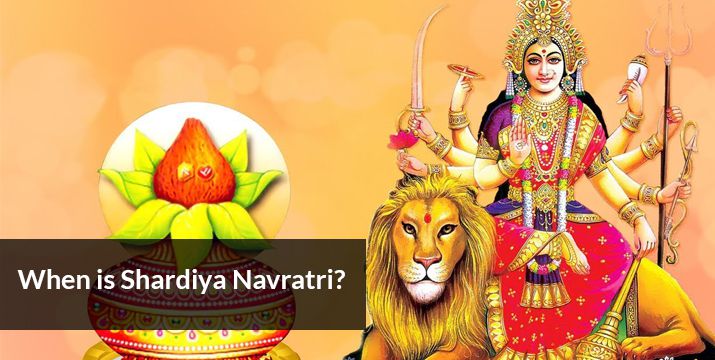 When is Shardiya Navratri?

It is celebrated with different rituals, especially in Gujarat, Rajasthan, Punjab, Maharashtra, Kolkata and other states of India. Auspicious festival of Navratri was also celebrated in the Ramayana and Mahabharata era by our Hindu kings.

Navratri is a nine-day long festival in the Hindu calendar. All the nine days of Navratri are dedicated to nine forms of Goddess Durga, namely - Shailaputri, Brahmacharini, Kushmanda, Chandraghanta, Skanda Mata, Katyayani, Kalaratri, Siddhidatri and Mahagauri. Navratri stands for nine nights in Sanskrit.

What is Shardiya Navratri?

The Ashadha Navratri and Magha Navratri is also known as Gupt Navratri or Secret Navratri. During this Navratri, the Sadhak performs special rituals to attain any Siddhi. In another words, these Navratris are not for common people.

Shardiya Navratri is widely celebrated in the month of September and October.