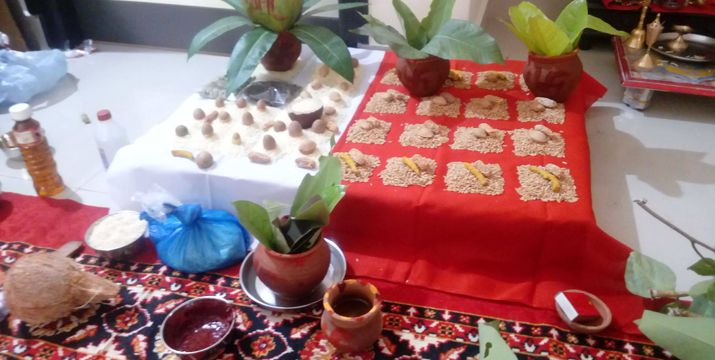 Mangal Dosh is also known as Manglik Dosh or Kuja Dosh. Mangal Dosh is associated with the planet Mars. If Mars is placed in the 1st,4th,7th,8th or 12th house in the natives birth chart it is called Mangal or Manglik Dosha, as Mars is considered malefic if placed in any of the mentioned houses.

Since Mars is considered to be the planet of war it creates unfavourable conditions for marriage.

If a person is under the influence of Mangal Dosha he/she may face a delay in their marriage. The marital life is extremely disturbed and there is constant disharmony, differences, lack of understanding and trust issues amongst the partners.

The native might face problems related to health, have constant financial issues and person may be extremely ill tempered.

This Puja nullifies all problems that may arise due to Mangal Dosha.

Temperamental issues are also resolved via this Puja.

The number of mantras that will be chanted in Mangal Dosha Nivaran Puja is 51,000 mantras, that will be done by 3 pandits.