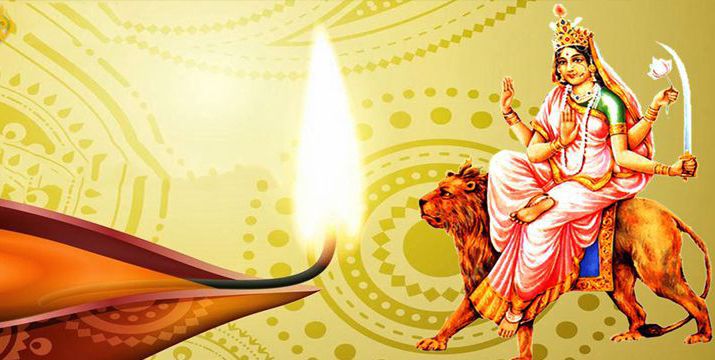 She is one of the nine forms of Devi Parvati and is worshipped as her sixth form on the sixth day of Navratri.

According to the Hindu mythology, Maa Parvati took the form of Katyayani to annihilate the demon Mahishasura. Devi Katyayani is the most violent form of Goddess Parvati. She is associated with the colour Red.

According to religious texts it is believed that Godess Parvati was born to the Sage Katya, hence referred to as Katyayani.

The number of mantras that will be chanted in Katyayani Puja is 51,000 mantras, that will be done by 3 pandits.

How to Book Katyayani Puja/Yagya/Homam

My marriage was delayed from a very long time, and being at 34, this is considered very late to get married here in India. I was very frustated and my parents were also worried. I consulted swami ji regarding this, and he suggested me to go for Katyayani puja, am glad I took this decision, now a happy married woman living peacefully :)

I had Manglik dosha due to which I was also facing difficulties in my marriage, never thought one can face so many problems alone due to this dosha. Everytime my engagement was fixed, it got broken due to one or the other reason. It was a time I don't want to remember. Finally all things are going good when I performed the puja. Jai Maa Katyayani

I did this puja for my elder sister, who was facing a lot of issues in the coming rishtas, after roka the marriage did not happen and due to this everyone was worried about her. Then I seeked consultation from many pandits and astrologers, and everyone said different things, then I consulted here at shivology, who explained me the process and reason behind all this, then upon his recommendation and understanding how this works, I opted for the puja. Genuine consultation and guidance, thankyou @shivology

Love this site's authenticity and information ! They have everything from checking muhurat to consulting an astrologer and to book a puja!

Recently I had booked katyayani puja from this site and they performed the puja on my behalf and everything went well, even after the puja was finished they sent me the prasad and siddh yantra at my house address for use. Brilliant service Feeling very positive and blessed