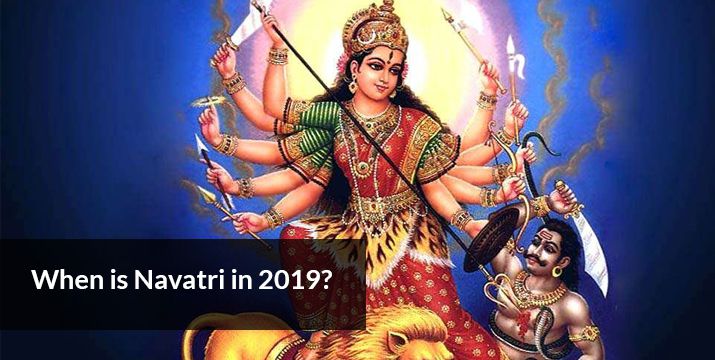 
Navratri is considered one of the auspicious festivals in India. It is a popular festival celebrated by Hindus with great devotion. During Navratri, people worship the nine forms of Devi Durga who represents purity, divinity and power.

In Sanskrit, Navratri means nine nights. The festival of Navratri is celebrated for nine days and nine nights. According to the Hindu calender, Navratri comes four times in a year. It falls in the month of Chaitra, Ashadha, Ashwin and Magha.  During Chaitra Navratri, the ninth day is celebrated as Ram Navami.

The most popular Shardiye Navratri is fall in the month of September or October. According to the Hindu calendar, It occurs in the lunar month Ashwin. After Sharad Navratri, Dussehra or Vijaya Dashmi is celebrated on the tenth days which are mark as the victory of good over evil.

All the nine days of Navratri are dedicated to nine forms of Goddess Durga, namely - Shailaputri, Brahmacharini, Kushmanda, Chandraghanta, Skandamata, Katyayani, Kalaratri, Siddhidatri and Mahagauri. This festival is mainly celebrated in different states like Gujarat, Rajasthan, Punjab, Maharashtra, Kolkata and other states of India.