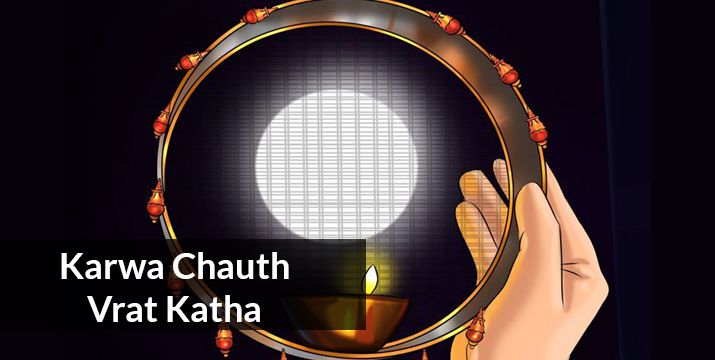 
Once upon a time, a rich Sahukaar who had seven sons and a daughter named Karwa. All the brothers were very protective of their younger sister. They always ensure that they had a meal before any one of them. As she grew up the brothers got her married. After the wedding, she once came home to her parents on the occasion of Karwa Chauth.

Karwa was very devoted to her husband. Karva was observing a strict fast on Karwa Chauth for the longevity of her husband. When her brothers returned home after work, they noticed that Karwa seemed troubled and restless. After this, they all sat on the floor ready to have dinner. Before starting dinner they requested Karwa to join them.

Karwa said that she will eat only after the moonrise is sighted. She further added that she could break her fast after she had looked at the moon in the sky. The moon had not risen yet, she could not break her fast and that was the prime reason for her anxiety.

Karwa’s younger brothers could not see their sister hungry for a long time. He lit a fire lamp and hoisted on the tree. This lamp looked just like the moon when seen from their house. He returned home and told Karwa that moon had risen and she could break her first after completing the rituals. Conducting a puja of the illusion Moon, she sat down to have food and break her fast.

When she was about to consume the first morsel of food, she started to sneeze. After that, she continued eating. While taking the second morsel of food she noticed a hair in it and paused to remove it. As she took the morsel in her mouth, a messenger arrived from the palace with the news of the King’s death. At this moment, Karwa could not understand how this could have happened even though she had followed the rules of Karwa Chauth.

One of her sisters-in-law informed about the sequence of events that karwa had broken the fast by error. The God was displeased with her and had taken the life of her husband. After that, Karwa decided that she would not allow the cremation of her husband and would attempt to bring her husband back through devotion. She would further service his body day and night through rest of the year till he was reanimated.

One year later, Karwa Chauth arrived again. On this day, Karwa observed a strict fast alongside her seven sisters-in-law. At the end of the day, her sister-in-law approach Karwa to touch her feet as she was elder to each one of them. As each one of them approached her, Karwa pleaded to each one to bring her husband back to life, but each of the eldest sisters-in-law told Karwa that she should make the request of the next sister-in-law in line.

Finally, She was approached by the wife of the sixth brother and Karwa again made the same request of her. This Sister-in-law told Karwa that she had broken the fast by error due to the action of the younger brother, it was only the youngest brother’s wife who had the power to reanimate the King.

When the youngest sister-in-law approached Karwa. Again she begged for the life of her husband. Karwa grabbed his sister-in-law and did not leave him even after many attempts. In the end, She cut his little finger and dropped some drops of blood in the mouth of Karva's husband. Immediately, the King woke up with shouting 'Shri Ganesh!' Shri Ganesh.

Since then, the festival of Karva Chauth is celebrated and all married women observe this fast for the longevity of their husband. 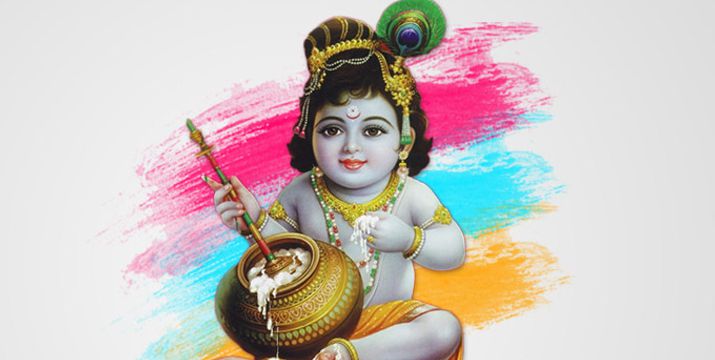